The Canton of Gryphonwald is looking for fresh volunteers for various offices, especially the Seneschal.

The Sene­schal is a legal representative of the SCA with the abilities to sign contracts, and so must be a paid member of the SCA.

A Seneschal’s duties include but are not limited to:

A handbook describing this position can be found here.

If you are interested in this position, please fill out the form on this page.

The next business meeting for the Canton of Gryphonwald will be held virtually on Wednesday, October 5, AS LVII (2022 CE) at 7:30pm.

Meeting link, passkey, and telephone information will be supplied the day of the meeting. 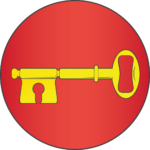 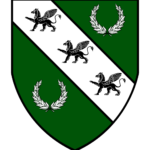 While it may seem far off now, the signature event of the Canton six months away. The time for planning begins now, so that no one has to rush to get things done at the last moment.

If you have interest in organizing the event, cooking the feast or helping out in any other way, please contact our Seneschal for details. Bids for these positions can be submitted during our monthly Canton Business Meeting.

The Herald office helps people create their own period names and devices. Sometimes, they serve at events making announcements and heralding at court, and they are in charge of reporting local court awards to the kingdom. Since Gryphonwald is a canton, we neither hold court nor have the power to award our populace by inducting them into various orders.

Further information about this office can be found here.

If you are interested in becoming a herald for the Canton, please fill out the form on this page.

Some years had gone by, and the Kingdom of the East unveiled a plan: unify the disparate, difficult to locate websites for local SCA chapters as subdomains under a single East Kingdom banner, and provide email and webservices for all in it’s domain. The Canton website had been redesigned by Eva Van Wilt by this time, and in preparation for it’s new home, was migrated from Geocities to a small corner of the website for the Barony of Settmour Swamp.

But an unknown villain (possibly known as “Mundane Life Responsibilities”) saw this as opportunity, and attacked, stalling the migration process. The results were felt for years to come, and soon, the few remaining pages of the geocities website for the Canton of Gryphonwald were removed from Settmour Swamp’s subdomain.

Some more years came and went, as years often do, when the Kingdom of the East unveiled a new plan: drastically improve the quality of it’s offered webservices via the clever use of the SCA’s status as an educational nonprofit organization. Messages were sent far and wide to every chapter in the kingdom — but not to Gryphonwald, for the migration stall had led to it’s officers having nonstandard email addresses.

Confusion was rectified when the Webministers of the East found their way to Settmour Swamp, and due to the ease inherit in migrating inboxes that didn’t initially exist, Gryphonwald became one of the first chapters to be moved to gmail.

Today finally marks the final step in recovering the lost internet presence of the Canton of Gryphonwald. Thank you for celebrating this website with us. We hope you enjoy your stay.

This is the recognized web site for the Canton of Gryphonwald of the Society for Creative Anachronism, Inc. and is maintained by Dalek Bolotnikov. This site may contain electronic versions of the group's governing documents. Any discrepancies between the electronic version of any information on this site and the printed version that is available from the originating office will be decided in favor of the printed version. For information on using photographs, works, or artwork from this web site, please contact the Webminister at webmaster@gryphonwald.eastkingdom.org. He or she will assist you in contacting the original creator of the piece. Please respect the legal rights of our contributors.

Copyright © 2022 Canton of Gryphonwald. The original contributors retain the copyright of certain portions of this site.